In light of some additional quotes and claims provided to our client, the Public Transport Authority (PTA), yesterday, Salini Impregilo-NRW JV would like to provide the following additional statements for your consideration ahead of any publication of incorrect claims against our project.

Hyperbaric interventions are one of the most critical activities on our project and are treated with maximum care and attention to all procedures and requirements. Since the start of the project there have been many interventions. On average, each hyperbaric worker has completed more than 15 dives, and none has experienced any serious decompression illness. This demonstrates our hyperbaric works and procedures are appropriate and functional.

From the comments we have seen from a former worker, who we believe has not been in our employment for almost a year, the worker displays a fundamental misunderstanding regarding the inspections of the medical lock.

All other statements and claims provided to us by Seven West Media for comment have been categorically refuted. We stand by our record regarding this critical area of work and would emphasise these claims are part of a sustained attempt to mislead the public with false allegations and undermine the achievements of our team. 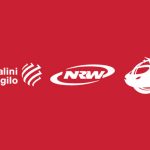 5 April 2019 – Response to The West AustralianUncategorized 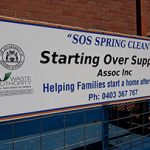